In this article, you will discover how to naturally relieve fibromyalgia. Fibromyalgia is a complex condition that causes many pain and symptoms in those affected.

Fibromyalgia is a poorly understood disease that has been recognized very late. This rheumatic syndrome is characterized by diffuse muscle and tendon pain as well as extreme fatigue .

In general, women aged 40 to 60 represent the population most affected by this disease. It is estimated that fibromyalgia affects more than 2 million people in France ( 90% of whom are women ).

How is fibromyalgia diagnosed?

The diagnosis of fibromyalgia is never obvious because the symptoms associated with this disease may suggest other diseases with similar symptoms. Nevertheless, one of the features common to most fibromyalgia patients is constant pain when pressed on specific points of their anatomy.

There are 18 trigger points on the body on the occiput, trapezius, shoulder blades, elbow, hips and knees. A clinical test is to exert pressure on these points. If at least 11 of these 18 points respond positively to the clinical trial, then the diagnosis of fibromyalgia can be made almost certainly.

Contrary to what one could imagine, the clinical examination of the sensitive tissues will not reveal an injury. It is appropriate during the examination to evacuate other causes of muscle pain that could be confused with fibromyalgia.

What are the causes of fibromyalgia?

Scientific studies have shown that there is a genetic factor causing a predisposition to fibromyalgia. Deficient genes could disrupt the functioning of the neurotransmitters of pain. Pain-inhibiting systems would not work properly due to serotonin and norepinephrine deficiency leading to hyperalgesia.

As a result, those affected experience excessive pain compared to others who do not suffer from this condition. The threshold of perception of pain is lower in people with fibromyalgia.

What are the symptoms of fibromyalgia?

If you suffer from fibromyalgia, then you are most likely subject to the many symptoms that affect people with fibromyalgia. The main symptoms are pain and sensitivity to touch. You also feel tension in muscles, ligaments and tendons.

Very often, a person with fibromyalgia suffers from generalized fatigue. Sleep is not restorative. Headaches are common. The patient is also subject to stress and anxiety.

You also feel pain in the shoulders, cervical, lower back and knees.
Finally, one third of patients would have irritable bowel syndrome.

How to relieve fibromyalgia in a natural way?

Very often, the treatment of fibromyalgia will mainly act on the symptoms. The patient is taking medications such as anti-inflammatories or mild pain relievers like Lyrica. It is expensive medication. Lyrica coupon can be easily get from Prescription Hope.

Sometimes antidepressant treatment is also prescribed for its pain-relieving effect on the central nervous system. There is no curative treatment capable of treating the neuronal aspect of this disease. The main purpose of this treatment is therefore to make the daily lives of patients less difficult.

There are several natural solutions to relieve the symptoms associated with fibromyalgia. The regular practice of a physical activity is strongly recommended, according to the capacities and the possibilities of each one, the handicap caused by the disease not always allowing the maintenance of a regular activity.

Relaxation allows the body and mind to relax which has positive effects on the symptoms of fibromyalgia. Acupressure is a natural method widely used to relieve fibromyalgia. To benefit from this method, you will lie down on a Duvamat acupressure mat for 20 to 30 minutes once or twice a day (morning and / or evening).

The acupressure mat has thousands of small tips that, by simple contact with the skin, will come to activate your blood circulation. These stimulators will also cause the secretion of endorphins and oxytocins in your body. These hormones are your natural painkillers.

During the session, your body will relax deeply. Your painful tensions accumulated in the muscle fibers will be released. Your pain will be relieved. Acupressure gives very good results in the context of fibromyalgia. It is a very useful supplement to conventional therapeutic methods such as drugs.

Gestational diabetes mellitus is actually the fastest developing form of diabetic issues in Queensland along with 12 percent of expecting girls right now identified along with the problem. Queensland Health has actually launched the bodies as the aspect of its own The Health of Queenslanders 2018 record. The 12 percent number is actually a boost […] 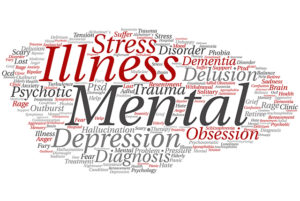 According to the National Institute on Drug Abuse, approximately one in four individuals over the age of 18 live with both a serious mental illness and substance abuse disorder. Serious mental illness is defined at the federal level as having a diagnosable behavioral, mental, or emotional disorder that impedes or completely destroys a person’s ability to […]