Is Vaping Weed Healthier Than Smoking It?

Wondering whether vaping weed is better than smoking weed? Many people use weed just for pleasure while there are some people who use it for therapeutic treatment and relief. Irrespective of the usage, there are some harmful effectsof smoking weed on safety and health.

There are many experts stating that weed is a great alternative to opioids. The biggest risk to health is the smoke from smoking weed. We have discussed the most commonly asked question, is vaping weed better than smoking weed. Read on to know more about.

Why Smoking Weed Is Harmful?

Many proponents of weed have stated that smoking weed doesn’t lead to lung cancer, it might help prevent it. Smoking, in general, is not good for your health.

The combustion of weed has a negative impact on the user’s health. This is because the weed smoke contains cancer-causing chemicalssimilar to the smoke from a cigarette. Though the researchers have not linked smoking weed to lung cancer, it can lead to microscopic or visible injury to the airways. This increases the risk of chronic bronchitis.

The combustion of weed produces tar and carcinogens that will irritate the lungs and may result in chronic bronchitis.

According to experts, smoking weed can lead to lung infections and throat irritation. The research on this is inconclusive as there is no definite evidence. Smoking weed is associated withirritation in mouth, lungs, and throat. The irritation is the result of burning tar at high temperature.

What is Vaping Weed?

The vaporizer is an electronic device that is useful for heating your weed rather than burning it. The heat used is not high and will only release active ingredients. It doesn’t combust the whole herb; this is where the unhealthy toxins are released. Through the vaporizer, ingredients are provided in the form of a mist.

Is Vaping Healthier Than Smoking?

Vaping weed is considered a safe way to consume weed. This is one of the reasons why vaping is gaining popularity in recent times. For beginners, vaping is a better option as they can intake the weed by steady and short puffs.

According to vapers, the effect of vaping is similar to smoking weed, but there are no toxins. The experts state that smoking weed is not good for medical purposes. This is because smoking can lead to respiratory issues that might even irritate the lungs.

For medical weed patients, vaping is effective and efficient than smoking. It is because the active ingredients of the herb will be released without combustion. This is a healthier and a quick way to get high. When vaping weed, toxins from the herb will not be consumed by your body.

In the end, a good vaporizer will help in decreasing the harmful effects of smoking. It will even enhance the user experience. There are various benefits of vaping including it tastes better and it is easier on your throat and lungs. Since it reduces carcinogens, it will not damage your throat and lungs. 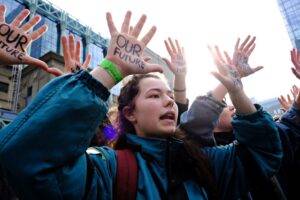