There’s no shortage of social, economical, and environmental issues that require attention around the world. If you are worried about the climate, women’s rights, poverty, or other serious issues that plague the planet, then you probably want to know how you can help. For many, the choice is to turn to activism, but figuring out how to get started can be hard without a bit of guidance.

Pay Attention To the News

Before you can become an activist, you need to know what’s going on not only in your own community but in the world. Mohamed Soltan, a well-known Egyptian-American activist, is proof that it all begins with knowing what’s going on in the world. In 2011, he flew from his university history class to the center of the revolution in Egypt, and he’s been fighting for democracy every since. Watch or read local, national, and international news to determine which issues are most important to you, most prominent in the area you are in, and what needs to be done.

They say charity starts at home, and more often than not, so does activism. The reality is that most people can’t up and drop themselves in the middle of protests like Soltan did. Even if they could, it often wouldn’t be safe, especially for a beginner. The better idea is to look for local meetings to attend first. What is it that you’re interested in? Most large cities and some smaller ones have meetings that focus on racial inequality, the separation of church and state, women’s issues, protecting children, gun control, LGBTQ issues, transgender-specific issues, and so much more. Decide what is the most important to you and Google for meetings near you to determine when and where you can find them.

There is no rule that says you need to be on the front lines of protests to be making a difference in the world of activism. In fact, it’s quite the opposite: many of those front-liners wouldn’t be able to do what they do without monetary and time donations from the people who aren’t able-bodied or have other reasons that they can’t be at the front of the protest lines. If you have the time, you can focus on recruiting new people to the cause, managing phone trees or other methods of getting the word out, or putting together bags of snacks, drinks, and first aid kits for those who are going to protests. If you are busy or have other reasons that you can’t donate your time, then you can consider donating money. Small amounts add up and go toward things like water, first aid, and lawyers for people who get arrested at protests.

Whether you’re hoping to work your way up to protesting or prefer to help from behind the scenes, there is nothing quite as invigorating as putting in time and effort toward an issue that you and the people around you care about. Activism is an excellent way to help your community and your planet while creating lifelong friendships along the way. 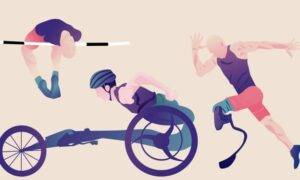 Paralympians and Olympians, who depend on their bodies to perform at the highest level, can bet that their self-care routines have proven successful. Self-care refers to taking steps to ensure your health and well-being. Self-care is defined as all things that you do to maintain your physical and emotional health. It’s not about optimizing your […]